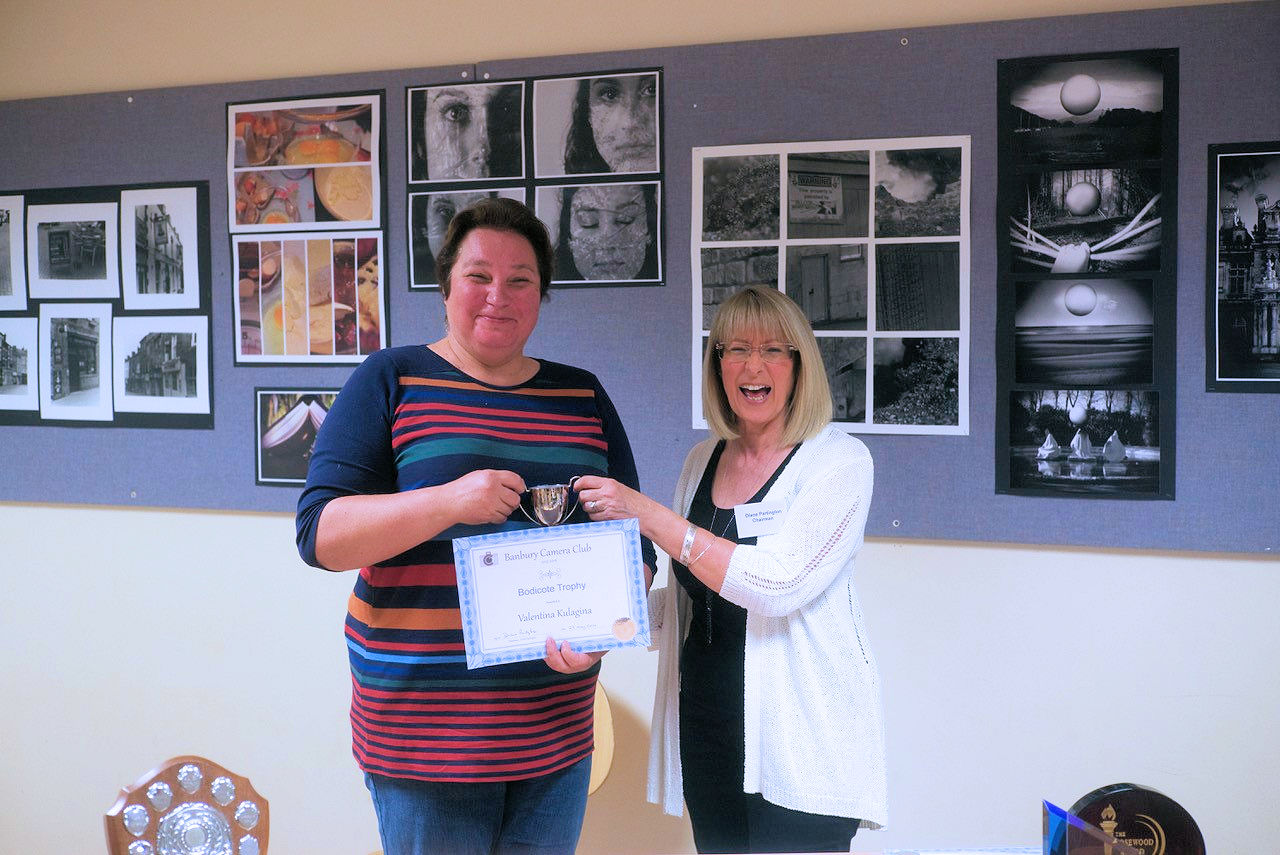 We are saddened to hear of the death in Russia of Valentina a former member of Banbury Camera Club, excellent and creative photographer.

Valentina grew up in Soviet Russia and was a chemist for a government agency before later becoming a University teacher of Chemistry. She had a doctorate and several industrial patents to her name.

She came to live in England some 20 years ago . At that time she had no English, could not drive and didn’t take pictures.

Joining a photographic course was a way of meeting people and, she said, did not involve much conversation at first. Progress was quick on all counts for Valentina, not only did she learn English , she became a proficient photographer and soon got her driving licence and a UK passport.

The impact of her photography on the local camera clubs is something legendary. She soon became a speaker of some repute, and although she was hesitant of presenting in her adopted tongue, the pictures spoke for themselves. Her exhibition successes were both numerous and varied with many medals, other awards and the odd FIAP blue badge. An ARPS and MPAGB were amongst her other achievements.

Her willingness to share her photographic skill was an example to all, and many friends, club members and admirers remain grateful for her inspiration and patient encouragement. I recall a phone call from her soon after we first met. ‘I invite you to my house, you will bring your portfolio, next Tuesday’. Who was I to argue? Her seemingly authoritative style was also a feature of the Banbury Camera club exhibition hanging day. We all just obeyed !

She was a true friend to so many of us and our lives are richer for having known her.

A mutual friend said ‘she was the brightest person, but the light went out..’

Valentina passed away in a Moscow hospital, a victim of Covid. She leaves a Son , Mikhail also a photographer, and a grandson .

A selection of Valentina’s photography