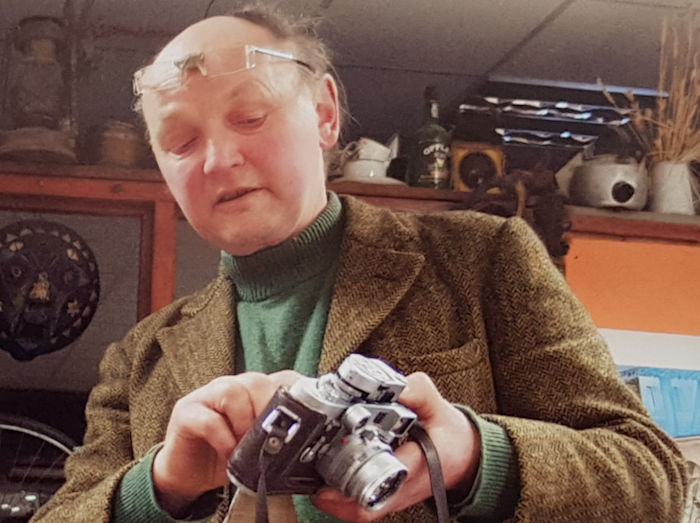 Tony was a member of the club in the 1970s and 1980s and, when other commitments allowed, he rejoined in 1999. He brought to the club his unrivalled knowledge of photographic equipment and techniques, a willingness to share this with everyone and a limitless capacity to support and encourage individual members.

Tony Grice demonstrates his Leica M3 camera from the 1950s at a club meeting in the Art Rooms at Chenderit School on 6th February 2006.

We now have a competition for the Tony Grice Trophy each year for the member scoring the most points for monochrome prints.